From our start more than 23 years ago, Strewn has been committed to producing premium wines from grapes grown in the Niagara peninsula.  Each year gives us the opportunity to craft the very best wine we possibly can. While we know from the comments you give us that Marc Bradshaw and Tyler Bartelds are doing a great job in the cellar, it’s always good to have external validation.

In 2019, we entered two international competitions that produced outstanding results - our 2016 Terroir Chardonnay Canadian Oak won a Silver in France and the 2017 Terroir Pinot Blanc won Silver in Brussels. In both of these shows, these were the only medals awarded to Canadian wines.

Below is the complete list of competitions and awards won by Strewn this year.

Concours Mondial de Bruxelles, Belgium Established 25 years ago, this competition has become a benchmark amongst international wine contests,  known and recognised by the wine industry and consumers worldwide.
Silver 2017 Terroir Pinot Blanc (only Canadian wine to win a medal)

Then there are three prestigious competitions in the United Kingdom::

International Wine & Spirit Competition, for half a century the IWSC has been recognising and rewarding the very best wines and spirits in the world, judged by the premier experts in any given region and style.
Silver 2015 Terroir Cabernet Franc
Bronze 2017 Riesling Premium
Bronze 2017 Chimo Icewine

International Wine Challenge, in its 36th year, the IWC is accepted as the world’s most rigorous, impartial and influential wine competition. The IWC assesses every wine ‘blind’ and judges each for its faithfulness to style, region and vintage.  Each medal-winning wine is tasted on at least three separate occasions by a minimum of 12 different judges including Masters of Wine.
Bronze 2017 Terroir Pinot Blanc
Commended 2015 Terroir Cabernet Franc
Commended 2015 LIMITED Cabernets
Commended 2017 LIMITED Amalgam

Celebrating Success on the International Stage 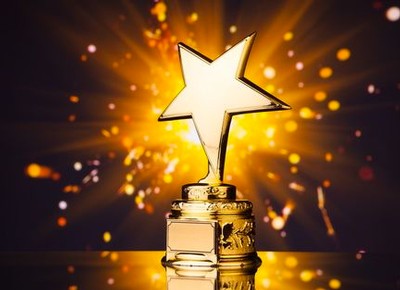 For the last few years our focus has been on expanding our selection of premium and distinctive small lot wines, adding Sparkler, Muscat and Pinot Grigio to our white lineup, and creating a special set of fraternal twins Cabernet Sauvignon Sandy Block and Clay Block. Mother Nature was on our side and the 2015 and 2016 vintages yielded concentrated red grapes with excellent flavour and tannins, just what we need to make our Terroir Strewn Three, Cabernet  Sauvignon, Cabernet Franc and Merlot.

In 2018, we decided it was time to see how well our wines would be received on the international stage and selected five top international competitions to enter. The result was overwhelmingly positive: six silver medals, five bronze medals, six commendations. In addition, our 2015 Terroir Merlot was selected as one of Canada's Top 100 Wines for the Six Nations Wine Challenge where it was a Judges Selection. Results Below.

Strewn makes three distinctively different Terroir Chardonnays, each fermented in a different type of barrel: French Oak, American Oak and Canadian Oak. Last year for the first time we participated in the Cool Climate Chardonnay Celebration.  better know as i4C. It's not a competition but an amazing weekend of Chardonnay tasting activities. Our Terroir Chardonnay French Oak and Canadian Oak were tasted along side many excellent Canadian and international Chardonnays, and we partnered with Josef Chrony winery from Tasmania for a special side-by-side tasting. Look for us at the 2019 i4C weekend July 19 to 21. Check out the program at www.coolchardonnay.org.

Inspired by our success, we have entered two additional international competitions in 2019. Fingers are crossed until we hear the results!